I waked up at six in the morning. After I took a shower, I made a try finnish sauna. But there was nobody and I did't know how, so I gave up this time.

I went back to my room, and went out with my cameras. Though it was cloudy, the city in the early in the morning was nice and quiet.

Last night, I could do nothing other than arriving at the hostel. So I started to walk around the city carefully from the hostel.

The building in front of the hostel was maybe the ordinary apartment. But it was very stylish. I think it is natural to be stylish for buildings around there. When I went to the port, I saw a big boat. I wonderd where it was from. The market was not open at that time. I kept walking to the railway station.

Though there weren't so many people in the city, it was not as same in the railway station. From this station there were some trains to Russia. It was an international and big station. I ate breakfast(chicken wrap and coffee) at the cafe in the station.

I refreshed when I arrived at the hostel. It was a nice morning walk.

It is always so when I walk the town for the first time. I can't walk aroud without looking some landmarks. I tried to start walking against the railway station. But the station had several entrances, so I couldn't make sure which was front. Anyway, I looked for the tram. At that moment, I found the stop. So I ran to it. But it wasn't the stop I was looking for, which were that of No 4 or No 4T.

It seemed that the stop I was looking for was somewhere else. I caught sight of the tram running, so I got after it. I finally found the stop of No 4 and No 4T. and I got on.

The youth hostel, named Eurohostel, was 2km from the railway station according to my information. So I thought I could arrive at the stop near the hostel soon. But I couldn't. I didn't know why. I was embarrassed. Then the tram arrived at the last stop. I ride the opposite way tram. Yes, I made such a classic mistake.

I turned back the way and finally arrived at the stop I should have got off. It took almost one hour to move just 2km.

Eurohostel was so big that I could find easily. I checked in and headed to my room. My room was on the 6th floor. 6th floor was the top. It was when I took the lift(it was not automatic door) that I realized that 6th floor was smoking floor, although all other floors were non-smoking floor. I don't like the smell of the cigarette at all, so I went back to the reception and asked for changing the room to the non-smoking floor. But unfortunately, no vacancy on that day. I gave up and went back to the room.

It was first time to stop by Kansai International Airport. But it was a little bit boring for me to spend so much time there. I bought something I had forgotten, like small notebook, pen, and my favorite Japanese snack 'Suppaiman.' And I ate lunch at McDonald.

One thing that I got angry happened at the security check. I had a lot of films. When the security officer found my films, he sighed. I think it was not polite to do that.

By the way, the flight for Helsinki, operated by Finnair was just as scheduled and I felt comfortable. The food was better than I thought, and the service was good!

At the Helsinki International Airport, I picked up my luggage and bought a Finnair bus ticket at the ticket counter(5.9EUR). When I arrived at the airport, it was cloudy and the temperature was 17℃. But when I was about to ride on bus, it started to rain.

In about 30 minutes, the bus arrived at Finnair Bus Terminal near the Helsinki Central Railway Station(Helsinki Rautatieasema).  There was no problem at this point.

But once I got off the bus, I was not sure where I was. Although I looked the map, it was very difficult for me to understand. I wanted to ride on the tram to go to the hostel. However, I had no idea where to ride on. That information was not on my map.

You can conquer almost any fear if you will only make up your mind to do so. For remember, fear doesn't exist anywhere except in the mind.
- Dale Carnegie

Yes. It is true. But when you feel fear and you want to conquer, it's much better if you have someone who will strongly support you. Because sometime it's hard to make up your mind to conquer your fear.

The letter from Honduras 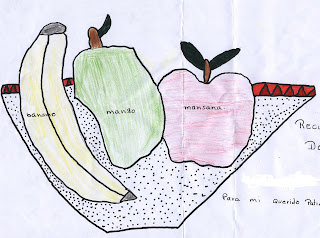 When I came home on Saturday, I found the letter from Honduras.
I was really glad to see that. Then my tiredness was totally blown off.